The workshop on "Diagnostics for Rossby Wave Packets” took place on February 1st and Februray 2nd 2016 at JGU Mainz and on February 3rd at KIT Karlsruhe.

This workshop was motivated by the venue of Gabriel Wolf (University of Reading) who developed the Rossby wave packets diagnostic tool.

The program of the workshop can be found here. 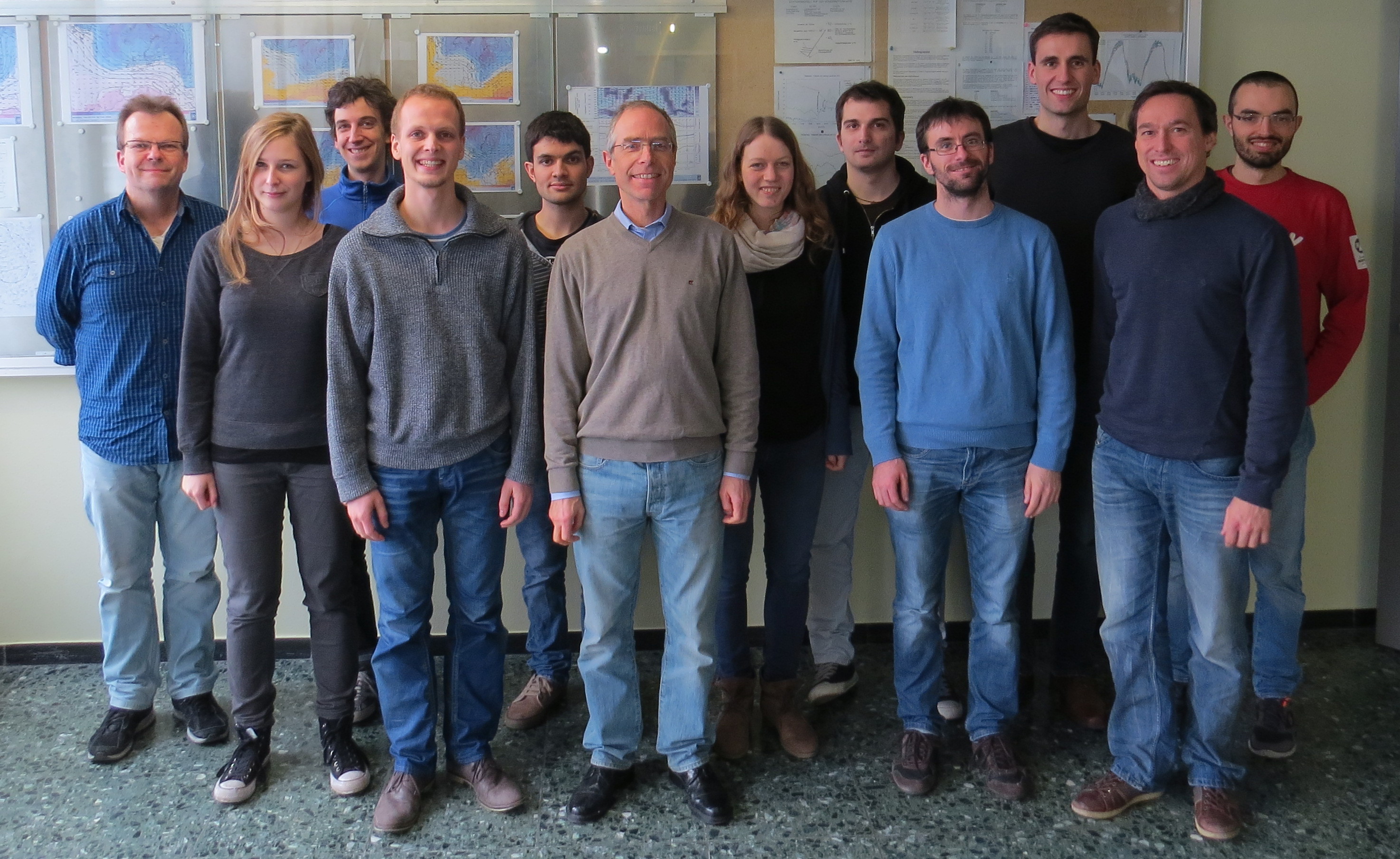 The first two days of the workshop took place at the Institute for Atmospheric Physics in Mainz (JGU) -  two days of intense and in-depth discussion. The following topics were addressed, each with a short scientific presentation given by Gabriel, followed by discussions of the algorithms and the implementation:

Additionally, Joachim Eichhorn presented the projected collaboration towards a W2W code repository, which will be set up and maintained by Robert Redl (LMU). Further short presentations were given by Paolo Ghinassi, Georgios Fragkoulidis and Gabriel Wolf, introducing their scientific future plans and ongoing activities.

On February 3rd, Gabriel Wolf visited the Institute of Meteorology and Climate Research at KIT. He showed Early Career scientists and PIs how to apply his Rossby Wave Package identification and tracking software to reanalysis data and discussed its applicability and the underlying theory in further detail. He then gave a seminar on Wave Activity Flux (WAF) theory and its applications to Rossby wave train analysis and weather event diagnostics. Interpretations were exemplified by calculating the WAF vector for the Elbe flood in summer 2002. Gabriel plans to provide codes and documentations of the Rossby wave package and WAF tools to W2W researchers early spring 2016. The application of these Rossby wave diagnostics in W2W will considerably advance research of PhDs and Postdocs in research areas A and C, especially in the A1, C2, C3, C4 and C5 projects.

The local organizers wish to thank Gabriel Wolf for taking the time to travel to Mainz and to Karlsruhe, for giving more than seven talks in three days and for patiently discussing all questions, thus deepening the participants' understanding of the methods he has developed during his PhD work.