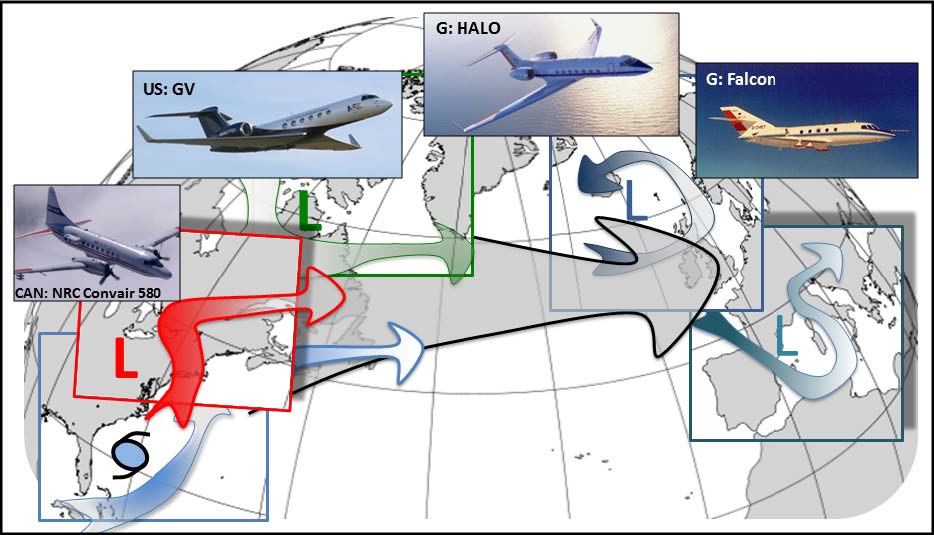 Map of the NAWDEX observation area, schematically indicating trigger disturbances at the western end of the Atlantic, the Rossby waveguide (large gray arrow) and intensifying low pressure areas over Europe. The primary aircraft to be deployed in the campaign are also shown. Courtesy of Patrick Haar.

The CCA Campaign Data stands out because it comes in addition to the routinely archived observations, e. g., from radiosondes and satellites, and is not part of the operational forecasting system. It thus provides an independent framework to evaluate diagnostics and other methods developed using routine data.

The following activities within the CCA are planned:

Project A3 provides a focal point for the CCA Campaign Data. The CCA is led by Andreas Schäfler (main coordinator of the German contribution to NAWDEX) assisted by George Craig.

For more information on the activities organized by the CCA Campaign Data, click here.